Sugar and spice and everything nice: 11 Characteristics of likeable people

The impact of likeability on sales, branding, company culture, and public relations cannot be underestimated. That’s why customers shy away from pushy salespeople, complain about rude behavior from service desk employees, and blacklist any company that puts one toe out of line. One bad review on a social media site and it could take years to rebuff a tarnished reputation. Just ask the majority of cable providers, who often make up the list of companies with the worst reputation.

Like a Matryoshka doll, the likeability of a company begins at its most basic level – individual employees. How clients feel about individual employees then feeds into the company’s reputation as a whole. So if you’re a restaurant owner and one of your waitresses is rude with your customers, it’s not just her problem, it’s also your problem. Given that she represents the company, her behavior, good and bad, represents you. Take a look at negative customer reviews of restaurants; when a customer points out that service was slow and the waitress was bad-mannered, most of the reviews will end with “I won’t be going back to this place/I would not recommend this place to anyone.” The bottom line: If you want to be a likeable company, you need to start with hiring likeable staff, from service staff to managers.

So what makes a person likeable? Analyzing data from our Multi-dimensional Emotional Intelligence Quotient, we focused our analysis on people who:

What we discovered was that likeability isn’t just about being tactful and polite; it’s a reflection of a person’s self-image as a whole. Here’s what our study reveals about likeable people:

Wondering how you can possibly find someone who possesses all of these likeability characteristics? Consider the benefits of investing in a good emotional intelligence assessment and adding it to your hiring tools. Some employees and managers may have all the technical skill to do a job, but they may not have the right people skills. 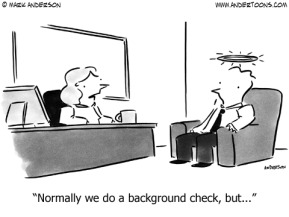 If you’re interested in using the MEIQ – HR (Multi-dimensional Emotional intelligence Quotient), or other tests for HR purposes, request a free trial for ARCH Profile here.