Body Talk: Talk to the hand – The body language of handshakes and hand gestures 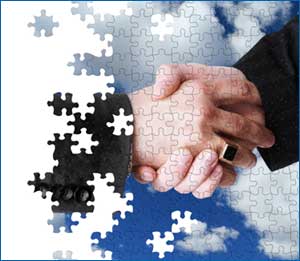 Body language, or non-verbal communication, isn’t a topic that’s talked about often (pun intended!). Yet, research shows that it is a significant, if not the most important part of communication. The ability to read body language and awareness of our own body language are also pinnacles of emotional intelligence and social skills.

There is one area where articles about body language are abundant – flirting, dating, and other forms of mate-hunting. Love gurus offer tantalizing tips on how to let your body do the talking when you want to attract a mate, whether it’s telling women to swing their hips when they walk, or telling men to puff out their chest. Sales training might also emphasize the importance of reading a potential customer’s body cues. For example, the amount of eye contact they make with the product or the way they smile could indicate their level of interest.

However, chances are the Average Joe or Jane never really pays conscious attention to body language – their own or others’. And that is too bad, because whether we realize it or not, we are reacting to non-verbal signals more than to the actual words the person spoke. Ever heard the phrase, “It’s not what you said; it’s how you said it!”?

The point is, body language is an important tool in the interpersonal skills toolbox, and can often speak a lot louder than words, if you know how to read the signals. There is one caveat: Body language comes in clusters, like spoken sentences. Rather than judging one gesture or one expression, you need to take body language as a whole. The whole body can tell a story.

In this post of the Body Talk series, we will be discussing what research has to say about different types of “hand” body language.

Imagine you’re negotiating the biggest deal of your life and everything seems to be going well. You confidently assume that it’s time to close the deal, and reach over to shake the other person’s hand…and he doesn’t shake it. Here are some of the thoughts that might go through your mind:

… I totally misread him and he doesn’t want the deal?

… He comes from a culture where shaking hands isn’t something that’s done, or where it means something different?

… My hands are sticky or dirty from lunch? (sneaks a quick look at hand)

But will any old handshake do? Not so, according to body language experts. According to research, you can tell a lot about a person’s personality by the way they shake hands.

Types of handshakes and what they mean

o    When someone has a desire to take control of a conversation from the get-go, they’ll be the person to initiate a handshake and then use their hand to guide yours – like when someone shakes your hand, and with your hand still in theirs, uses their grip to pull you toward a chair.
o    People with a dominant personality or who want to show their dominance will shake someone’s hand while keeping their own palm facing down, and the other person’s palm facing up (a submissive handshake). It will look like the image below. And here’s a tip if you’re dealing with a dominant hand-shaker: When sticking out your hand to shake theirs, keep yours firm and straight – don’t turn your wrist.

Here are some other hand gestures that can say a lot about what a person is feeling, according to body language researchers Pease & Pease (2004): 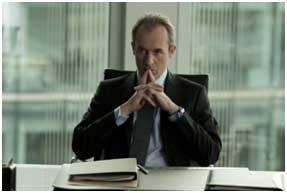 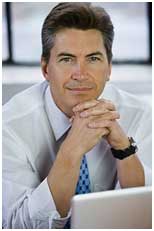 So what do crossed arms say? The Peases’ research indicates that different arm gestures can reflect different emotions. For example:

The Peases also indicate that when a woman has one arm down with the other crossed (and the hand gripping an arm), it’s a protective gesture – just like when men cup both hands in front to protect their “family jewels.” 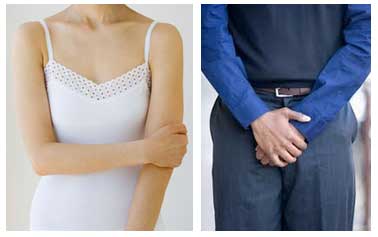 Check in for the next installment on body language where I’ll be discussing smiling.

Ready for a test drive? Just ask us for a free trial of our ARCH Profile testing center for professionals.