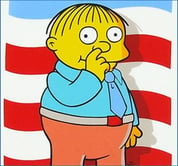 There are certain body language gestures that most of us know to avoid. Picking your nose during an interview, public address or, let’s face it, anywhere at any time, is not a good idea. Same goes with “flipping the bird,” yawning, pouting, rolling your eyes or sticking your tongue out. Even crossing your arms, not smiling, or standing too close to someone are clichéd no-no’s.

But what about the less obvious ones? How many people are aware, for example, that leaning back in your chair can send the message that you are lazy or arrogant? Here are some body language no-no’s that might seem harmless but may actually send the wrong message.

If you were interviewing someone who often looked away when answering your questions, chances are you would get suspicious. Breaking eye contact can indicate shyness, but it can also give others the impression that you are untrustworthy or trying to hide something.

Maintaining steady eye contact is important in conversations, but watch out for the other extreme. There are few body language gestures more unnerving than a constant, unblinking stare. Like a tiger ready to pounce on its prey, staring without blinking not only makes others uncomfortable, it can also be seen as aggressive.

The occasional nod encourages the speaker and communicates that you are listening. However, going overboard can actually annoy the person you are talking to. Watching someone bob their head after every sentence can be perceived as a desperate or insincere attempt to please the speaker. Constant nodding can also be interpreted as a dismissive gesture (“Yes, yes, I know what you mean/want.”), and may give others the impression that you’re trying to speed up the conversation; and therefore, are not really listening.

Whether you’re twirling a pen or your hair, playing with jewelry, checking your watch or phone, or tapping your fingers on the table (a gesture I abhorred when I was a cashier – I was trying to go as fast as I could!), these gestures send the message, “I am nervous,” “I am bored,” or “I am not fully listening to you.”

If sitting up straight reflects attentiveness and engagement, this doesn’t bode well for slouching. Slouching in your chair not only gives others the impression that you’re bored and don’t care what they have to say, it can also be an expression of how you perceive yourself. People who slouch are making themselves look smaller, which could be a sign of low self-esteem, lack of confidence, and a lack of assertiveness.

Imagine you’ve just introduced what you feel is a brilliant idea to your boss. “What do you think?” you ask him excitedly. In a monotone voice, he simply responds, “Sounds good.” Or imagine you’re a defendant in a court case. Your expensive lawyer stands up, looks toward the jury, and speaks in a mousy, barely audible voice. Chances are she won’t be very convincing.

What you say may not be as important as how you say it. When speaking to others, make sure that your voice is loud enough so that people don’t have to strain to hear you, but not so loud that you sound like you’re yelling. And unless you’re talking to a child, keep your tone neutral and speak at a moderate pace.

Stepping back when asked to make a decision

Your instinctual “fight or flight” response will kick in every time you’re scared, whether you’re being chased be a rhinoceros or being criticized by your boss. Taking a step back when someone asks for your opinion or asks you to make a decision sends a subtle message that you are uncomfortable, indecisive, and unsure of yourself because it will appear like you are trying to escape.

During intimate conversations with a significant other (or someone you want to make your significant other), leaning in shows interest and a desire to be closer to someone – so you can imagine how this would be interpreted in a professional setting. Leaning too far forward can make a person uncomfortable (particularly if a manager does this to an employee of the opposite gender), and depending on tone of voice, can also be seen as aggressive.