Power in the right and wrong hands: Personality traits of true leaders vs. the power-hungry 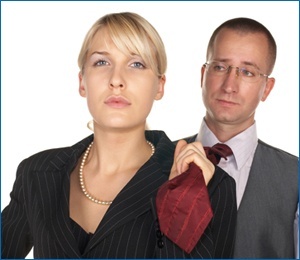 History can attest to the dichotomy of power. Being in a position of authority is kind of like eating broccoli: You have the potential to make a positive impact (on your health, for example), yet the after-effects of too much of it could empty out a room and turn you into a social pariah.

This isn’t to say that everyone is bound to let power get to their head. There are several historical leaders who, when given a position of authority, were able to accomplish what many view as great strides. Nelson Mandela, Abraham Lincoln, Martin Luther King Jr., Queen Elizabeth I, and so on. Then there are the ones who lived up to the infamy of tyranny, and who used their influence to the advancement of their own desires, often to the detriment of others.

Why the duality? Why is it that some people seem to have an almost innate understanding that with great power comes great responsibility? How are they able to remain objective, controlled, fair-minded, and not give in to the urge to go Henry the VIII on everyone? It’s clear that having the power to tell others what to do, to be in a position that automatically commands respect, is addictive. So it’s no surprise that sometimes, it can get to people’s heads. This doesn’t mean that power corrupts absolutely, but it can mean very different things to different people.

There are some traits, according to our research using the Dominance Test, which can potentially pre-dispose people to abuse authority if given such responsibility:

And this hunger for power and control has its consequences. “Power trippers” are more likely to have problems in their professional and personal relationships. They are also less satisfied with their job, and tend to see power as important, if not crucial, to their success. In essence, those who are power-hungry are more likely to believe that being in a position of power will improve their life. How?

Power trippers believe that once given a position of authority, they will get the respect and social status they feel they deserve. In fact, 62% of people in our sample believe that being in a position of power will improve their life. This could be the case for some people, but it depends a great deal on their personality. There are those who, when given power, will use it to make a difference that benefits a lot of people. Those who are more self-serving and who use their influence over others as a way to boost their ego are more likely to alienate others. Power is a tool that, when used the wrong way, can do a lot of harm.

Attitude toward power, it seems, plays a major role in how a person will wield their authority. When comparing people with a self-serving view of power to those who believe that it is something that should be used responsibly, our research revealed some surprising differences:

Being in a position of power doesn’t make you a leader; it doesn’t give you charisma. And what a lot of people don’t realize is the fact that when you pull rank to make sure people do what you want them to do, you lose some of that power. They may very well follow your orders, but will do so grudgingly. So the morale of this story is, if you have power and want to keep it, use it sparingly, when it really matters and for the good of the whole.

Preventing your own power trips

Dealing with people on power trips

o    Use "I" statements, like “I get upset when…” This type of statement avoids putting other people on the defensive or blaming them for the problem (even if it is their fault).
o    Limit yourself to behavioral descriptions. Do not draw inferences about the other person’s motives, attitudes, character etc.
o    Don’t over apologize. You have a right to stand up for yourself.
o    Learn to repeat yourself. If someone doesn’t seem to understand or take seriously what you said the first time, you may have to address the subject again.
o    Be aware of the way you say things. Your tone, voice volume and body language can make all the difference.
o    Be well prepared. When planning to assert yourself to someone, practice what you will say beforehand. Consider how they might react and be prepared for that as well.

If you’re interested in using tests for HR purposes, request a free trial of ARCH Profile.