High-risk employees: Personality factors that can lead to accidents 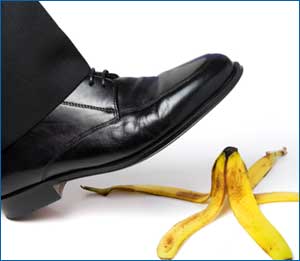 Accident proneness isn’t a disposition that one can easily write off as a “quirk.” Some people may admit with a sheepish grin that they’re a bit of a “klutz,” and blame their tendency to cause accidents on a lack of coordination, poor dexterity or other physical afflictions. However, there are also certain personality traits that can make accidents more likely. A study we conducted using WALA (Work Accident Likelihood Assessment) reveals that employees who were more likely to be fired for unsafe behavior possessed a combination of traits. These include:

So who is more likely to possess this profile? Age comparisons we conducted reveal that men and women below the age of 25 tend to be the most accident prone. Traits like sensation seeking and rule breaking decreased with age, while harm avoidance, conscientiousness, attentiveness, and accountability increase with age. Older adults were also more likely to have a strict attitude toward safety rules – and less tolerance toward those who neglect to follow them.

There is one caveat however: It’s important to understand that the traits that contribute to accident proneness should be taken as a whole – as a profile. Sensation-seeking alone, for example, isn’t necessarily a bad thing, and combined with high conscientious, you’ll have an employee who is likely to be a confident and calculated risk-taker. Some jobs in fact require a higher level of sensation-seeking balanced with the right amount of harm-avoidance: rescue workers, fire-fighters, police officers, and high-rise construction workers just to name a few. However, if you have an employee who is a sensation-seeker, is not conscientious, and who views rules with contempt, you may have someone who is going to be more of a liability in a job where “safety first” is essential.

On the flipside, performance ratings are highest for those who have a strict attitude toward safety, who are attentive and responsible, and who score well on conscientiousness, a trait that has been found to be crucial in high-risk jobs like police officers (Detrick & Chibnall, 2006) and production workers (Wallance & Vodanovich, 2003), and to be a strong predictor of job performance in general, across different occupations (Stewart, 1999). Our study on accident-prone workers also reveals that:

Screening for accident-related personality traits can be a crucial part of the hiring process, especially for jobs where safety is a top priority. It’s a lot easier and cheaper than dealing with the physical and psychological impact of work-related accidents, all the direct and indirect cost in terms of time and money, or firing unsafe employees after they caused trouble.