Body Talk: Liar, liar! How to detect lying and deception through someone’s speech and body language 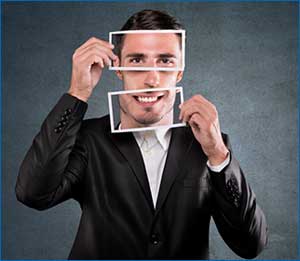 There are some things you just can’t fake. Con artists or crooked salespeople may dupe some poor fools, but body language generally cannot be faked; there are almost always some signs or “micro-gestures” that can give a person away2.

According to research, there are certain verbal and non-verbal patterns that liars display that can reveal their deceit. As with everything related to reading other people, look for patterns or clusters of signs, and don’t jump to conclusions based on isolated indices. Keep in mind that when it comes to communication in general and body language in particular, there can be a variety of reasons other than lying for any of the telltale signs we list below. Here are some findings on linguistic patterns of liars (ten Brinke, MacDonald, Porter, & O’Connor, 2012; Porter & ten Brinke, 2010):

o Liars often speak at a slower pace and provide less detail in their stories, make vague   references, or simply repeat the same details over and over.

o They exaggerate details. When people work out a detailed story to support their lie, they might offer an unnecessary amount of information in a desperate attempt to persuade the listener to believe them.

o They may repeat themselves, restating their carefully rehearsed story verbatim.
o If someone answers eagerly and without any delay with what seems like a rehearsed response, it’s a red flag.

o It’s also a telltale sign if they hesitate when telling their story or when answering questions about events, using words like “uhm” and “er”.

o Stalling tactics are common, like asking to repeat a question, flattering or challenging the person who asks the uncomfortable question, diverting the conversation, etc. Some people may use humor to avoid the subject. Some may go on the offense and become confrontational, going for the “I am the injured party” spiel.

o Liars tend to be uncomfortable with silences and will be inclined to fill the silence with additional details, by repeating what they already said or by probing whether you have bought their story.

o They may jump mid-sentence to another topic, as if they suddenly remembered something that might catch the other person’s attention and distract them.

o They may use convoluted sentences that don’t really make sense to confuse the other party.

o Instead of answering the question directly, they answer with another question, such as “I am an honest person; why would I do something like that?”
Here are some body language gestures that can reveal whether a person is lying (ten Brinke et al., 2012; Pease & Pease, 2004; Porter & ten Brinke, 2010; ten Brinke and Porter, 2012):

What makes lying possible to detect is the fact that it takes a great deal of mental energy and focus. You have to remember the story that you created as a cover-up; you have to make sure not to reveal too many details so that you don’t end up getting caught in lie; and to top it all off, you have to be able to display a semblance of sadness, remorse, or whatever emotion is required for the situation. And that’s the problem: Ask any actor – it’s difficult to show genuine emotion on cue, and that’s how many people get caught.

A study by ten Brinke and Porter (2012) involved looking at footage of individuals offering what seemed like a heartfelt plea to help them find a missing person. Of the 78 people filmed (these were actual cases), half of them were convicted of killing the person whose life they were pleading for.

But why? Here’s how ten Brinke and Porter (2012) summed it up: “Failed attempts to simulate sadness and leakage of happiness revealed deceptive pleaders’ covert emotions. Liars used fewer words but more tentative words than truth-tellers, likely relating to cognitive load and psychological distancing.”

I don’t have much patience for televised court proceedings like Judge Judy, but there’s something important to point out here: What makes her quite effective at her job is her ability to read body language. Have you ever seen the way she conducts herself when someone is pleading their case? It’s almost as if her piercing gaze can see right into a person’s soul.

What she’s really doing, however, like police officers investigating a homicide, is paying close attention to a person’s body language. The defendant or plaintiff may be able to put together a rather convincing story, but their body language will almost always reveal more – much more than they want it to.