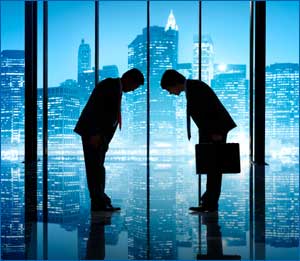 Catechism classes, as I recall them, were usually followed by attending mass, which I, like many other 10-year-olds, found mind-numbingly boring – and of course, gave us an excuse to talk and fool around. I remember telling my friend how creepy life-sized statues of saints are, and pointed at a particularly nightmare-worthy one, to which my Catechism teacher hissed, “Don’t point! It’s rude and makes God angry!” I, of course, was terrified, and folded my finger under my hand for fear that my punishment would be the loss of said naughty finger. I could not understand why this seemingly innocent gesture was such a faux pas.

What I didn’t quite grasp at the time was that body language, just like verbal language, is not universal. What seems like a socially appropriate gesture in your country may actually be an insult in another. If your job requires you to travel to foreign countries, make sure to avail yourself of a good translator, as well as this handy guide to cultural differences in body language.

What to remember when visiting Asia:

What to remember when visiting the Middle East:

What to remember when visiting Europe: