Honesty with a grain of salt: The pros and cons of integrity tests 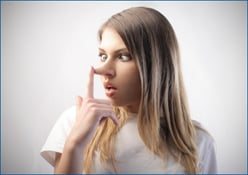 According to the US Chamber of Commerce, the annual cost of employee theft is in the neighborhood of 40 billion dollars, and it’s increasing at a rate of 15% per year. This is a sobering statistic, made even worse by the fact that it doesn’t take into consideration a number of behaviors that would qualify as softer forms of theft and cheating, like cyber-loafing and other types of “time theft” as well as presenteeism (being present but not entirely focused), and taking fake sick days.

What’s an employer to do? The polygraph test has been practically banned for decades, and the criteria for identifying a dishonest worker just can’t be narrowed down to shifty eyes, a gold tooth, and a long, thin moustache twiddled between claw-like fingers. “My last major career achievement you say? Why, I defeated my nemesis, Mr. Bond,” replies your job candidate as he strokes his cat. Unfortunately, dishonest employees are not that blatantly recognizable.

Research has shown that honesty testing in the employment setting does have its merit. Studies by Ones, Viswesvaran, and Schmidt (1993) show that honesty testing works. In companies where testing has been implemented, theft and other forms of dishonest behaviors have decreased dramatically. Research has also found a reasonably strong link between integrity test results and overall job performance.

Our own research, based on 1,600 test-takers who took WINT (Work Integrity Test), reveals that while most people may be tempted to stick their hands in the proverbial cookie jar, they are fairly honest on most occasions. Our statistics also reveal that women are slightly more honest than men (average scores of 72 and 69 respectively, on a scale from 0 to 100). Men were slightly more likely to have lenient attitude towards dishonesty (32 vs. 29), to rationalize dishonest behavior (30 vs. 27), and to cover up for a colleague’s or friend’s dishonesty (37 vs. 32).

Honesty also tends to vary with age. Unlike older age groups, those below the age of 18 are more likely to have a lenient attitude towards dishonesty, to view being dishonest as a frequent occurrence (everyone’s doing it), to rationalize dishonest behavior as a result of circumstances or being treated poorly, to surf the internet for personal purposes while at work, to waste time at work, and to cover up for their own dishonesty as well as other people’s.

The frequency of dishonest acts at work may be higher than we think. Based on our sample:

Some dishonest acts, it seems, are acts of kindness, as a whopping 73% of people would tell a boldfaced lie in order to protect the feelings of someone they care about. Whether or not a lie can be rationalized as an act of honor is a debate of its own merit, but when we are dishonest at work, even with a strong rationale - an unappreciative boss, a hateful co-worker, a money-hungry corporation - we aren’t taking the high road here. We become no better than these people we dislike.

So the bottom line is, do honesty tests work? It depends on how you define “work.”

Employee integrity tests can be an important source of information and can raise “red flags” for certain candidates who could fool you otherwise. However, we should not make hiring choices based solely on the results of an honesty test (or any test, for that matter). The results might be insightful, but they need to be considered in light of references, other personality assessments, job history, and answers to interview questions.

If you would like to use WINT (Work Integrity Test) as a supplemental hiring tool, you can learn more about the assessment here.