Don’t trade your cheese Danish for a doorstop: Negotiating styles and tips 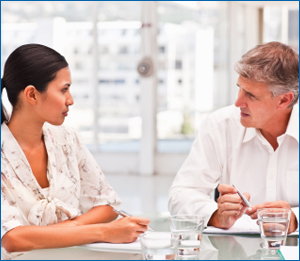 Homer Simpson teaches negotiators a good lesson when battling to win back the employee dental plan. Strategize – and learn what you can about your opponent, or you may just end up losing more than a cheese Danish.

Marge: Do you think you can get back the Dental Plan?

Homer: Well, that depends on who's a better negotiator: Mr. Burns or me.

Bart: Dad, I'll trade you this delicious doorstop for your crummy old Danish.

Knowing who’s sitting across from you at the negotiating table is important. Do you have a persuasive charmer on your hands, who will try to schmooze you into signing on the dotted line? Or a hard-hitting player who refuses to budge an inch? Negotiating is a sophisticated and complex skill. It’s all in the approach. And this approach depends on many factors, including who you’re negotiating with, whether your relationship with this person has to stay on good terms, and how much you’re willing to risk losing to get a chance to win big.

When we assessed 750 people who took NAP (Negotiation Aptitude Profile) and for whom negotiating is a major part of their job, four top negotiating styles emerged from this sample:

1)     The Diplomat: The top style for 48% of negotiators. Diplomats are highly-skilled negotiators who can adapt to any situation or opponent. They are often sharp-witted and extremely good at building a rapport with others. Their level-headedness and good emotional control gives them an edge when dealing with even the most difficult people. Traits that stood out for the Diplomats: Good social skills, empathy, and problem solving ability; they possess a lot of integrity and approach negotiations objectively.

2)     The Tactician: 36% of negotiators had this style. These are "by the book" negotiators who always come into a negotiation well prepared. They delve deep and ask all the right questions to gain the information they need to break down the other parties' argument or build up their own. Traits that stood out for the Tacticians: Good memory, empathy, perspective, and integrity. Compared to Diplomats, however, they are much less personable. Their empathy allows them to read you like a book, but their cool and calculated demeanor lets you know that neither intimidation nor charm will sidetrack them.

3)     The Peacekeeper: The 3rd most popular style, at 9%. People with this type have a knack for gaining people's trust and building a strong rapport with them. They make every effort to understand their opponent's needs and do whatever they can to ensure fairness and integrity. They may not always make headway against aggressive negotiators, but could potentially win some over with their charm and exceptional interpersonal skills. Traits that stood out for Peacekeepers: Good social skills, empathy, and amazing powers of persuasion.

4)     The Placater: The 4th most popular style, at 7%. Hard-hitting, high-stake negotiations are not their strength, as they often tend to lack the assertiveness to go up against tougher negotiators. They’re more likely to placate opponents, because it’s not so much about winning as it is losing as little as possible. In terms of skills, they may not be as advanced as the Diplomats or Tacticians, but could hold their own in less intense negotiations, where everyone is on friendly terms. Some of the Placaters in our sample do show a bit of a feisty side, and are not totally opposed to throwing in a few dirty tactics once in a while.

But dirty dealing and intimidation, at least in most negotiations, isn’t a tactic that will fly anymore. So if this is part of your negotiation tactics, it’s time to put it aside. These days, if you try to push and demand a lot, but refuse to give anything in return, you’re not going to make it far. There has to be some give and take in negotiation, a win-win solution, and this is what top negotiators are able to do. Although some less than scrupulous tactics may be thrown around sometimes, no one in our sample of negotiators was an all-out “hoodwinker.”

The negotiating world is all about people skills. Good social insight, persuasion, and the ability to problem solve and resolve conflict. You have to treat the other person fairly and honestly. This is where top negotiators separated themselves from the rest of the population.

And if someone offers you a doorstopper for a cheese Danish, don’t take it.

If you’re interested in using NAP (Negotiation Aptitude Profile) or other tests for HR purposes, request a free trial for ARCH Profile here.