The Optimistic vs. The Pessimistic Employee 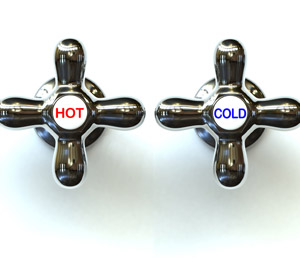 John Kenneth Galbraith gave pessimists a reason to cheer - should they be inclined to do so - when he said that “…pessimism is a mark of superior intelligence.” But he was also an economist…so really, when have they ever had anything positive to say about the state of the world?

It is clear that optimists and pessimists have two very contrasting views and even approaches to life, but to what degree does their outlook impact performance? Here are some statistics from our study using data from our Happiness/Optimism Test:

It seems rather straightforward: Optimistic employees appear to have an advantage over pessimistic employees. In fact, research from Lyubomirsky, King, and Diener (2005) indicated that positive “affect” (the experience of positive emotions like happiness, joy, confidence, and enthusiasm) is associated with better performance reviews, higher productivity, and a lower likelihood of burnout. However, some theorists, like Sweeny and Shepperd (2010), argue that an optimistic attitude carries more of a psychological cost than a pessimistic one. In their study, when optimists predicted that they would perform well on an exam, their disappointment proved quite painful when they discovered that they had fared far worse than expected, suggesting that pessimists may be better equipped to handle disappointment and negative feedback.

When some people picture optimists, they either visualize an airy, lighthearted tree-hugger who is idealistic and unrealistic, or a daredevil with a dangerous sense of invincibility. So does an optimistic attitude carry a risk? Pessimists in our study were more likely to seek advice from others when they were unsure about a decision, and were also more likely to check over their work for mistakes. However, more pessimists than optimists adopted a passive attitude toward problems, preferring to allow them to work themselves out. Although optimists were more comfortable taking risks and weren’t afraid to make decisions based on gut instinct, they were also less likely than pessimists to quit a job without lining up a new one first.

Attitude and personality have a notable impact on work performance. Even if you have a top performer on your staff, if his or her attitude is toxic to other employees to the point where they are experiencing burnout or considering quitting, for the sake of your team you are unlikely to keep him/her around. This is why, along with reference checks and insightful interview questions, personality assessments are essential to the hiring process.