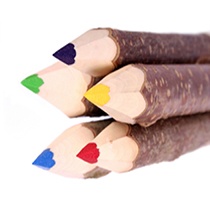 The Big Five traits are the bread-and-butter of psychology, like complexes, the unconscious, and cigars are to Freud. Psychological research is saturated with studies on the impact of these five traits on professional success, personal development, and relationships – and for good reason.

A study we conducted at PsychTests indicates that cultivating the Big Five traits can, among other things, act as a buffer against stress, boost social popularity, and increase goal achievement.

Collecting data from 3,781 people who took our Advanced Multidimensional Personality Matrix, our study reveals that cultivating Emotional Stability, Open-mindedness, Agreeableness, Conscientiousness and, to some degree, Extroversion, can yield several benefits. According to our research, of those who score high on the Big Five:

Although we recommend that people strive to nurture all of the Big Five traits, the one gray area would be Extroversion. On the one hand, extroverts do perform slightly better than introverts in several areas – and better than ambiverts, much to our surprise – based on preliminary results from our latest study. However, it’s important for people to understand that there is nothing wrong with being introverted or extroverted; they are orientations, not personality flaws. Extroverts enjoy the benefits of a strong social support system; they have people to turn to in times of need, and from a professional point of view, knowing a lot of people is also important for networking. As for introverts, their ability to turn their attention inward and immerse themselves in the world of thoughts and emotions boosts their creativity and allows them to process information in order to make well-informed decisions.

The bottom line: These five attributes have been linked to academic and professional success, the ability to cope with stress, and even happier marriages. So working on developing these traits is really worth the effort.