The pitfalls of perfection: Employees who are perfectionists are less happy and more fearful of failure 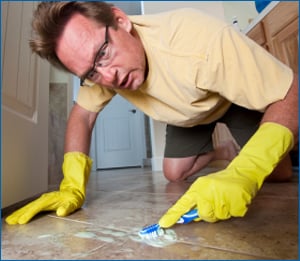 Perfectionists can appreciate, with a certain sense of bitterness, the fruitless toils of Sisyphus. Struggle as they might to be perfect, they just never manage to attain this lofty goal. Working hard most certainly has value, but doing your best is one thing, while trying to be perfect is a whole other mess.

Perfectionism also happens to be the favorite go-to answer for the cliché interview question, “What is your biggest weakness?” Just ask any recruiter. Along with “I’m a total workaholic,” it is by far the most common response. What candidates are trying to convey to a potential employer is, of course, that they are nearly flawless; their only problem is they work so darn hard and try to be perfect in whatever they do. Perfectionism is, indeed, an ”admirable weakness,” but if both recruiters and candidates knew what our research reveals about perfectionism, they would seriously reconsider.

Here are some highlights from the study:

When dealing with set-backs:

When reacting to time limits:

The implication here isn’t that working hard and trying your best is pointless or unhealthy; in many cases, perfectionists will produce better quality projects, but it can come at a cost. The bottom line is that while low perfectionists may not always be the top performers, they don’t fear failure, they learn from but don’t make a big deal of mistakes, and they don’t make being the best their top priority. And as a result, they are happy with themselves and have better self-esteem. So while it’s important that employees strive to do their best in whatever endeavor they take on, moderation is essential. Often times, “good and on time” is better than “perfect but seriously late.” Success should be a pleasant by-product of one’s journey through life – not as a raison d’être.

If you’re struggling with your own issues with perfectionism, or have a tendency to expect perfection from your employees, here are some tips to tame this beast: