Procrastination is not necessarily laziness: The real motives behind the tendency to put things off

It would be a misconception to state that procrastinators don’t get anything done. They do – eventually. In 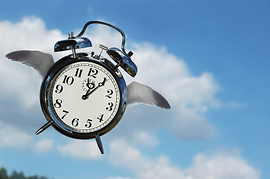 When people engage in what’s considered a bad habit, we sometimes make the mistake of using superficial explanations or judgments, especially when it comes to procrastination. Bosses, teachers, or family members will assume that procrastinators put things off because they are lazy, low achievers, or simply don’t care. However, several research studies, including one we conducted, reveal that there are other underlying reasons why many people avoid doing things.

In an effort to uncover these other reasons, we collected data from 1,655 test-takers who took our Procrastination Test. Results reveal that top procrastinators put things off for two main reasons - a lack of motivation and a low tolerance for frustration. And that noble excuse for handing an assignment in late because the employee was trying to make it “just right”? Our research agrees with other studies: perfectionism is often at the root of procrastination, both for the habitual and sporadic “slackers”..

The most common areas where both chronic and occasional procrastinators tend to lapse relates to health and well-being, like putting off a visit to the doctor. Gender comparisons indicate that women are slightly more likely to procrastinate on issues related to their health (score of 47 for women, 44 for men on a scale from 0 to 100). Women also tend to procrastinate more than men because of perfectionistic tendencies (57 vs. 52) and low tolerance for frustration (58 vs. 54).

Surprisingly, age analyses reveal that people 25 and older are slightly more likely to procrastinate than younger age groups, although the younger cohorts are more likely to suffer from a lack of motivation when they choose to put things off.

It’s not all bad news - procrastination does have a few benefits. You allow yourself more time to plan sufficiently, to let ideas simmer, and to relax a little rather than constantly stressing over getting things done. Some people also thrive on Eustress … they need the pressure to get their creative juices flowing.

The problem is, if you put things off on a consistent basis, to the point where your personal or professional life is negatively impacted, then this is when it’s become a serious liability.

For those who have made procrastination a habit, here are a few tips:

If you’re interested in using the Procrastination Test or other assessments for professional purposes, request a free trial for ARCH Profile here