Who will get you more sales? Differences between male and female salespeople 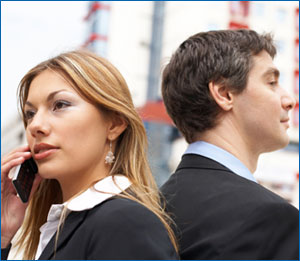 The term “salesperson” has not been without its negative connotations. For some, it may bring to mind the image of a slick, devious person with a wicked smile (maybe even a gold tooth), and a pushy attitude that makes you feel as though your very life depends on buying his product. Others might think of those haughty, snobby salespeople who plaster on a fake smile and tell you in an equally fake voice how “amazing” you look in their product, when what you actually look like is a frumpy, half-eaten sack of potatoes. Times have changed, however, and while there may still be some devious and dishonorable salespeople out there, the demanding field of sales requires more than a silver tongue - or a gold tooth for that matter.

Research we conducted on experienced salespeople using SPPP (Salesperson Personality Profile) indicates that in general, they seem to possess a certain pattern of traits that differentiate them from others – a profile, it seems, that may be the reason why some can survive in the tough world of sales and others flounder.

Experienced salespeople, for example, possess good interpersonal skills, are comfortable being assertive, and have a knack for public speaking and taking initiative. They are also much more confident, competitive, and mentally tough than their non-sales counterparts and, despite the notorious reputation of salespeople, also score high in integrity.

And that’s just the tip of the iceberg. Our study also revealed some surprising overall gender differences between male and female salespeople. For example, while women tend to possess a higher level of integrity and are more helpful, attentive to detail, and organized, men were more comfortable with public speaking, more success oriented, and adaptable. They also outscored women on mental toughness and competitiveness. All that being said, what’s the bottom line? Who makes the better salesperson, men or women? The best answer is, “it depends.”

Over 60% of women who took the sales personality assessment possessed the profile of a “farmer” type – salespeople whose strengths lie in developing and maintaining relationships with customers. In fact, women seemed to possess more of the traits required for quality Customer Relationship Management.

While 51% of men also filled the farmer’s shoes, our statistics show a higher percentage of males (30%) who fit the profile of the aggressive, driven, cold-calling hunters. Only 21% of women fell into this category.

Based on the results, one might assume that companies looking for an assertive, hungry, and determined salesperson may lean more towards a male candidate, while women would have a greater edge on dealing with existing clients. Research, however, doesn’t appear to draw a line in the sand - although internet polls and blogs are not without their tug-of-war opinions.

It appears that while there may be the semblance of a pattern as to which area men and women would excel in terms of sales (finding vs. keeping customers), the sales world and the business world in general are not without their exceptions. Research by Gayle Letherby (2006) has found cases of female salespeople who thrived for as long as 20-30 years selling used cars, arguably one of the toughest and most controversial areas of sales.

Our study results show that men and women with experience in sales possess equally good social, listening, and networking skills, are both skilled in prospecting, and have a knack for being persuasive. And while the men in our sample might take a more assertive approach and women the kind, helpful route, the basic and probably only conclusion one could make is that men and women can, and would likely be, equally skilled salespeople. It’s all in the approach, it seems. As William Clement Stone suggested, “Sales are contingent upon the attitude of the salesman…”

The question of which traits make up a good salesperson or whether aggressive sales tactics are better than using charm and “selling with kindness,” is likely to stir up a long and drawn-out debate. It could very well be, or at least assumed, that car salespeople would need more of a hard edge, while those in retail would benefit from adopting a more sincere and helpful attitude. Whatever the case, it is clear that salespeople are a separate entity. In a field that can either make you or break you, one would need to be quite special to be able to succeed in this area - gold tooth, fake smile, and cleavage aside.

If you’re interested in using SPPP (Salesperson Personality Profile) or other tests for HR purposes, request a free trial of ARCH Profile.