Toxic Employee Series – Part 2: What kinds of bad apples are in your bunch? 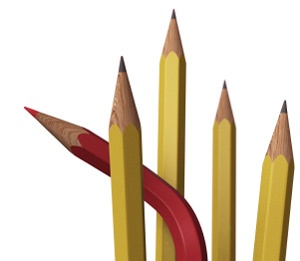 In a previous blog, we looked at four types of toxic employees that put productivity and morale at risk. Here is another set to look out for – and we’ve saved the tougher ones for last:

Why they’re a problem: Employees who buck the system and disrespect rules not only set a bad example for others, they could also put their safety and the safety of others at risk.

How to deal with rule-breakers: Ideally, make sure that you don’t hire people who feel contempt towards rules, have a history of severe non-compliance or lack conscientiousness. Use psychological tests or interview questions that assess their attitudes in real-life situations. This is not to say that people who are completely compliant and never question authority are the ideal candidates. What you want to achieve is the right balance for a given job – if a rule doesn’t make sense, they should speak up, not ignore it.

Training new and existing workers is also extremely important. People need to understand why specific rules exist in order to respect them. For example, if some of your employees tend to ignore safety rules, demonstrate to them why the company requires total compliance from employees. Maybe some workers were injured in previous work accidents, compelling the company to implement certain safety rules/procedures. Address their false sense of invincibility. Show them how minor issues sometimes result in things going horribly wrong. Make sure they understand the dire consequences in terms of personal and family lives. Get a guest speaker who has been through an ordeal because of a broken rule that he/she felt was trivial. If you have strict rules, employees must know why they are in place - don’t just insist that it’s company policy.

An additional approach is to team potential or current rule-breakers with workers who are safety-compliant and will set a good example - and keep an eye on the rule-breakers. The example they set may uproot the feeling that following rules is boring, demeaning or oppressing.

Remember, rule-breaking must have consequences, and the consequences should be systematic and consistent. However, this is only half the battle. Make it a point to praise employees when they do follow the rules. Essentially, give them the incentive to respect regulations: Show them that following the rules has its rewards (e.g. more interesting projects, a bonus, time off, etc.).

Why they’re a problem: Here is some rather troubling statistics we uncovered in our research on manipulators and Machiavellian types:

How to deal with manipulators and Machiavellians: The best advice is not to hire them in the first place. If you already have a manipulator or Machiavellian type, you need to minimize the damage they inflict on the team. Sometimes, you can do this by putting them on projects that involve more solo work. You can also put them through emotional intelligence training, focusing on empathy, controlling their emotions (especially if they are explosive types), and understanding how others might react to their behavior. Show them how they can achieve their goals without stepping on or aggravating others. Don’t try to stifle their ambition and competitiveness, just try to channel it differently. Having a mentor or career coach could help.

How to deal with bullies: There should really be zero tolerance for any type of bullying, and this should be clearly stated in the company’s policy, including definitions of what constitutes bullying (verbal, physical, as well as sexual harassment and discrimination, etc.). The company policy should also address effective conflict resolution and escalation procedures. It’s not just about company policy, however. The atmosphere of the organization needs to be such that it is clear that this type of behavior is not tolerated and will be punished at any level of the organization.

Why they’re a problem: The need to control people and situations can arise for a number of reasons, not all of which are bad. Some people in a position of authority become micromanagers because:

How to deal with them: Control issues tend to come to light when the person is given a position of authority. It may not be observable within the first few months of employment, but will become obvious in any situation in which the person is required to take the lead (e.g. team projects). One way to deal with this is to observe the behavior of your budding leaders. If you are going to promote from within, you should already know how the person behaves as a team leader. Should you spot these controlling tendencies, you can try to provide training in management skills. If that doesn’t help, then do not put them in a position of authority, regardless of their technical competencies.

Why they’re a problem: Vicious gossip demoralizes employees and can lead to stress, burnout, and turnover. It also encourages isolation and ostracization, creates rifts between team members, and makes the work atmosphere extremely uncomfortable and unpleasant.

How to deal with them: Just as you would do with bullying, deal with gossipers and people who spread rumors as soon as their behavior comes to your attention. Ganging up on or ostracizing certain employees should not be tolerated. You can talk to the gossiper and explain that his or her behavior is inappropriate and will not be permitted.
You can also fight rumor-mongering with transparency whenever possible. Be open about what is going on in the company (e.g. financial troubles, potential layoffs, PR disasters). If, however, there are issues that must remain within the top levels of management (e.g. a merger), make sure that information is not leaked.

If the tactics detailed above do not work and the toxic employee shows no signs of changing his or her behavior, letting the person go would be the best option. It’s better to bear the cost of losing one toxic (albeit effective) employee than risk the loss of talented team members who were affected by this person’s poor behavior. In some circumstances, the impact of negative people is stronger than the impact of positive people, and it tends to rub off on others.

Even if your toxic employee is a strong performer, realize that his or her behavior affects the productivity and morale of the entire team. He or she can also be territorial, so what frequently happens when you get rid of the toxic person is that good performers suddenly start to exceed expectations because they no longer feel trapped or held back.

Stay tuned for Part 3 of the Toxic Employee Series where we offer tips on how to prevent toxic employees from slipping into your company.