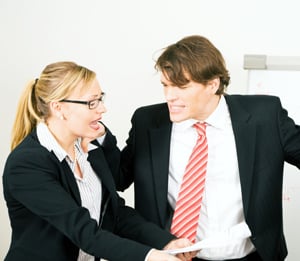 In a previous blog, we looked at five of the ten most common sources of stress at work. Let’s take a look at the remaining ones.

Stayed tuned for the next installment of the stress series in which we cover ways to reduce stress at work.
If you’re interested in using BSS - NSF - R2 (Burnout Symptom Screener - For Non-Service Fields - 2nd Revision), BSS - SF - R2 (Burnout Symptom Screener - For Service Fields - 2nd Revision) or other assessments, request a free trial for ARCH Profile here.